The Art Department has 805 mostly pencil and ink drawings and watercolors by Frederick Andrews Walpole (1861–1904) on indefinite loan from the Smithsonian Institution. Walpole's background and the course of his short career are incompletely documented. He was born in Port Douglas, Essex County, New York, 17 January 1861. In 1871 his family moved to Chicago where Frederick became a pupil of an artist named Sloan, possibly Junius R. Sloan (1827–1900), a landscape and portrait artist then working in that city. In 1882 the 21-year-old Walpole left Chicago, making his way by rail and on foot to Southern Oregon to seek out a homestead site. One of his few extant journals covers this period. He arrived at Redding, California, in the Sacramento Valley on 22 March. Learning that the stage fare to Jacksonville, his destination, would be $36.00, he shipped his baggage ahead and set out to cover the last 177 miles of his journey on foot. After exploring the region, he took up a land claim near the present town of Trail in the Crater Lake region, which includes Walpole Creek, named after him. His account book listed all his purchases and living expenses and his occasional receipts from commissioned sketches of towns and settlements.

There are no extant journals for the years 1884 to 1899, but we know that Walpole's family came to Oregon, settling in Portland where, in 1886, Frederick took a job as illustrator for The Lewis and Dryden Printing Company. In 1891 or 1892, Walpole met an English girl who was visiting a brother in Oregon and married her in England in 1893. An only son, Sidney, was born in 1894. In 1898 Walpole's wife died of typhoid fever in Washington, D.C. From the period around 1880, a few small landscapes in oil survive.

In 1896 Walpole's work came to the attention of Frederick V. Coville (1867–1937), a United States Department of Agriculture (USDA) botanist and Curator of the National Herbarium, who was in Oregon researching plants used by the Klamath Indians. Coville persuaded Walpole to apply for the position of Artist for the Division of Botany of the USDA, and he was appointed on 19 September. The bare facts are tantalizingly incomplete. We do not know that Walpole had prior botanical training or even that he had drawn plant subjects. In any case, his later journals show him on field drawing trips botanizing, collecting specimens and confidently identifying plants by their scientific Latin names. An obituary notice mentions that John Ruskin (1819–1900) was a favorite author of Walpole's. The reverence for nature that Ruskin had inspired in American artists of the 1850s and 1860s could well have predisposed Walpole to the study of plant life.

Walpole's career as a plant illustrator was divided between work in Washington, D.C., at the USDA (and after November of 1902 at the National Museum) and on field trips to the Northwest. The journals for the period 1900–1903 covered his activities in Washington, D.C., and his journeys across the continent, as well as his two trips to Alaska (1900 and 1901). Besides copious data on railroad timetables and shipping schedules, they gave descriptions of terrain, regular weather reports, accounts of his movements and work and scrupulous notations of income and expenditures, recording purchases of newspapers and magazines, of toothpicks (10 cents) and a tip to a child of 1 cent. Also recorded was a surprisingly lively social life: numerous visits to family and friends, celebrations of birthdays and holidays and attendance at events both cultural and otherwise: science lectures (especially geographical), music recitals, exhibitions at Washington's Corcoran Gallery (frequent), the Congress and the Library of Congress, church (Unitarian, if available, but Greek Orthodox in Alaska). A span of the journals from November 1902 to January 1903 listed the following activities: two visits to Zoological Park; showing his own pictures (along with L. A. Juertes, the famous bird artist, and C. R. Knight, the animal artist) at an American Ornithological Union meeting; lecture by Lieutenant Peary on his arctic work; Jane Addams' lecture at Congregational Church; recital by Mme. Schumann-Heinck; Corcoran Gallery exhibition; visit to Library of Congress; lecture on wingless birds; another on protective coloring; another on Martinique; reading Owen Wister's The Virginian; meeting of the Folk Lore society; reception of the American Association for the Advancement of Science; music recital at Unitarian Church; Hagenbeck's Trained Animal Show; ping pong party across the street. Considering that he was a member of the American Association for the Advancement of Science, the National Geographic Society and the Biological Society of Washington, we might say that Frederick Walpole was a man firmly devoted to the American virtue of participation and self-improvement.

The journal passages covering the Alaska trips presented a different picture: Walpole working at his profession, reacting to awesome views of glaciers and mountains, observing natives and fellow travelers. These passages also afforded insights into the man's character.

Taking ship at Seattle, he sailed along the coast of Alaska as far as the Seward Peninsula, making forays inland. The journal reported the names of plants collected and drawn; listed Aleut, Tlinglit and Russian names for plants; reported on weather, topography, vegetation, and people. He found much to deplore: an afternoon fishing party that hauled in, by seine, over 4,000 salmon within two hours' time—"Stupid cold blood white man's fishing" that threatened extermination of the Chinook; the greed of Yankee operators of the Alaska Commercial Company, who exploited the natives by selling them hunting equipment at high prices, paying low prices for hides, and recovering most of what they had paid at company stores. There were other sidelights. In the small settlement at Kenia (population around 100, mixed Russians and Indians), the only school was conducted by Russian priests ignorant of the English they are expected to teach. These priests were, however, generally well regarded, excepting one who had lost favor when he mortgaged the local church for $250 and lost the money at the poker table.

Walpole found Alaska to his liking, and nothing more so than the bidarka, a graceful, hide-covered canoe used by the Aleuts. A long passage of the journal told of an excursion near Kodiak with Walpole stiffly balanced between two Aleut friends. They knew no English, but Walpole commented: "You can have a jolly good time without talking if only you have congenial companions. I could talk to the Yankees but we had nothing to talk about. With the Aleuts I had something in common ... I think they had something of a feeling of kinship with me as with a fellow barbarian." In a later letter to his brother, Walpole wrote: "I have been out west to Kodiak and got the bidarka fever. If I wasn't too old I think I would turn Aleut. It's very silly to live in the way most white people do!" From the same letter: "Skagway is a town of shacks and shanties in a narrow valley with high rocky mountains on either side. Its inhabitants have cut down trees that used to cover the valley and are now burning those on the mountain so as to make the place as desolate as possible."

Frederick Walpole died, from typhoid fever contracted while working in California, 11 May 1904. While his short career had gained him no wide recognition, the character and sincerity of the man himself had earned the respect and esteem of his friends and colleagues. In Walpole's honor, his name was given to a willow he had discovered on the tundra of Seward Peninsula in Alaska.

As a botanical artist, Walpole worked in watercolor, ink, and pencil. Coville described Walpole's unusual technique of ink drawing. Using the finest sable brush from which all but a few of the bristles had been cut away and holding it almost parallel to the surface of the paper, Walpole drew lines of extraordinary delicacy. These drawings had much the appearance of fine line engraving but were impossible to adequately reproduce at that time since the lines were slightly brown in color. The pencil drawings were notable for their realization of form by carefully controlled modulations of tone. They were strong enough to hold their own even when displayed next to ink drawings and would probably have pleased John Ruskin himself. Indeed all of Walpole's work may be considered a faithful embodiment of a Ruskin attitude toward natural history art. Avoiding any degree of contrived artificiality, Walpole produced honest portraits of plants that, to a remarkable degree, succeed in capturing on paper the fragile grace and living essence of the plants themselves.

We may regret that Frederick Walpole's career was cut so short, that his plant illustrations were never widely reproduced and published (as they doubtless would have been had he worked at an earlier period), and that he painted so few pictures for gallery exhibition, but we can be grateful for a few hundred plant illustrations of a very high order, which the Hunt Institute is proud to represent in this exhibition and in our Art collection.

The Walpole images are in the public domain and can be downloaded from the Catalogue of the Botanical Art Collection at the Hunt Institute: Digital Public Domain Images database. To locate these images in the database, search on the artist's last name. When using these images, please include the following credit statement: Courtesy of the Hunt Institute for Botanical Documentation, Carnegie Mellon University, Pittsburgh, Pa., on indefinite loan from the Smithsonian Institution.

Frederick Andrews Walpole's work has appeared in the following Institute exhibitions and their accompanying catalogues: Plant Illustrations from the Smithsonian Institution (1973), Gifts of Winter (2000) and American Botanical Prints of Two Centuries (2003).

For thumbnails of the Walpole images, see the Catalogue of the Botanical Art Collection at the Hunt Institute database. 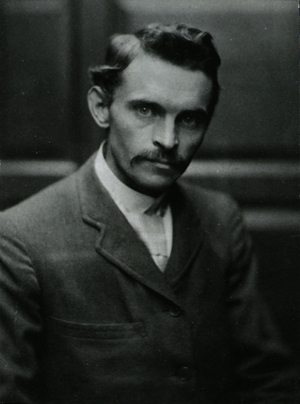