Plant Illustrations from the Smithsonian Institution

This collaborative exhibition with the Smithsonian included paintings and drawings by Frederick Andrews Walpole (1861–1904), a noted turn-of-the-century botanical illustrator, and photographs Dr. Edward S. Ayensu, chairman of the Smithsonian's Department of Botany (1970–1976). Walpole, in his own lifetime, was considered to be the finest botanical illustrator anywhere. Through use of an ink wash and a brush with only a few sable hairs, he created delicate drawings resembling etchings. An artist for the United States Department of Agriculture's department of botany, Walpole traveled to many areas, but his most noted artistic-scientific explorations were in Alaska, where the region's wildflowers and forests fascinated him. The Walpole works were complimented by the nature photographs of Ayensu, who held degrees from Miami University, George Washington and the University of London and specialized in the study of plant anatomy. After closing at the Institute, this two-person show moved to Washington, D.C. for its first viewing at the Smithsonian. A short catalogue about Walpole accompanied the exhibition. The Art Department has 801 mostly pencil and ink drawings and watercolors by Walpole on indefinite loan from the Smithsonian Institution. 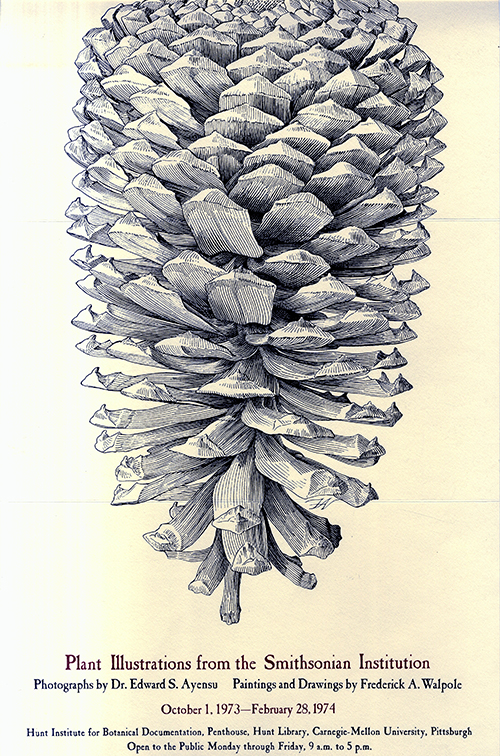 Promotional poster for Plant Illustrations from the Smithsonian Institution (1973).