Catalogue of the Botanical Art Collection at the Hunt Institute

The collection of botanical art and illustration in the Art Department at the Hunt Institute is one of the world's largest and most broadly representative. It includes over 30,000 original works—paintings (mostly watercolors), drawings and original prints—dating from the Renaissance onward. In 1979 James J. White (1941–2011; assistant curator of art, 1978–1981; curator of art, 1982–2010) with the assistance of Elizabeth R. Smith (1917–2005; assistant editor, 1966–2003) began to compile a database of the Art collection, which was published as the Catalogue of the Botanical Art Collection at the Hunt Institute (1985–1998). It was White's dream to publish the database as a color-illustrated catalogue of the Art collection. However, the cost of such a print project was prohibitive. In 2001 we launched the database on our Web site, and the "illustrated" part of White's dream gradually became reality as the uncolored, pre-1900 artworks in the collection were added. We have edged closer to fulfilling his dream as now many of the colored, pre-1900 artworks in the collection have been added, too. New information and images of the remaining collection items are incorporated as they become available.

The Hunt Institute's Art Department accession number is given.

Names of artists are given surname first.

Dates of birth and/or death of the artist or period in which he or she flourished are given if known.

The nationalities given are not necessarily those of legal citizenship. Dual nationalities are listed for some artists associated significantly with more than one country.

The gender of the artist is given if known.

We continue to add thumbnail images of artworks in the collection and in-copyright images as permission is granted. Copyright and credit information for specific images are included within the database. To improve download speeds and enhance the usability of the database, we have moved the digitized public domain images to a separate database. The identifying information (accession number, artist name, nationality, taxon, etc.) is contained in both databases. The thumbnail images remain in the main Catalogue of the Botanical Art Collection at the Hunt Institute database while the full image for downloading is in the Catalogue of the Botanical Art Collection at the Hunt Institute: Digital Public Domain Images database. Also, the Torner Collection images are in the public domain and can be downloaded from the Torner Collection of Sessé and Mociño Biological Illustrations database. To inquire about publishing other images, please contact the Art Department.

When known, copyright information for the image is given. Copyright may be held by the artist or the estate of the artist. The image may be out of copyright and now in the public domain.

The credit line is to be used for images noted as in the public domain or for images that upon request are supplied by the Hunt Institute.

Titles of artworks (usually binomials, sometimes with common names) are transcribed from the works themselves or their publication contexts. Imputed titles and any supplementary information are given in brackets.

The scientific binomials of the plants depicted (generic names and specific epithets) are listed only if known with some certainty (more often than not, genus only), based on authoritative accompanying notes, publications or subsequent specialist identifications; when more than one taxonomic entity is represented in a work, each is listed on a separate line and alphabetically. In the eight cases where there is a preferred and a conserved name, we list both names as follows: Arecaceae alt. Palmae; Asteraceae alt. Compositae; Brassicaceae alt. Cruciferae; Poaceae alt. Gramineae; Clusiaceae alt. Guttiferae; Lamiaceae alt. Labiatae; Fabaceae alt. Leguminosae; Apiaceae alt. Umbelliferae. If the work is considered decorative, it is indicated as such in the Taxon field. Any taxonomic information regarding the art is placed in the Notes field.

For plant portraits, a brief description of the subject is included when only a portion of the plant is depicted (e.g., a single leaf, flower or fruit, winter twig, floral details) or when a special feature is included (e.g., a conspicuous insect). The description is omitted if the work adequately represents the plant as a whole (including fertile material in the case of a seed plant). For decorative, horticultural, and some non-botanical subjects, a terse description (e.g., flowers; roses in vase; pruning; gardener's tools) is included.

Support indicates the material upon which the image is borne (e.g., paper, illustration board, vellum).

Dimensions of the support upon which the image is borne (e.g., paper, illustration board, vellum) are given in centimeters and as height by width.

Image size indicates the actual image size or plate mark solely in the case of prints. Sizes are in centimeters and are given as height by width.

For a print, the first number given is its sequence number in the edition; the second is the total number of prints in the edition. When the print is an artist's proof, that designation appears instead of numbers.

Date indicates when the artwork was executed.

Place indicates where the artwork was executed.

Names of printmakers are given surname first. Dates of birth and/or death of the printmaker or period in which he or she flourished are given if known.

We continue to add the exhibitions in the Hunt Institute gallery in which this artwork was included.

We continue to add the exhibition catalogues produced by the Hunt Institute in which this artwork was included.

Preparation and publication of this catalogue have been made possible in part by support from the National Endowment for the Arts, a federal agency (grants 02-4420-285, 12-4420-526 and 22-4420-139). The current Curator of Art Lugene B. Bruno and Assistant Curator of Art Carrie Roy wish to express their gratitude to their predecessors and the other Institute staff members who have worked so hard over the years to transform the handwritten accession book into a published nine-part catalogue and then into the present fully accessible database with images. We greatly appreciate the dedication and effort by James J. White and Elizabeth R. Smith to database the Art collection. We thank our staff botanists, Emeritus Director Robert W. Kiger and Director T. D. Jacobsen, who have aided in the plant identifications. We gratefully recognize the work by Graphics Manager Frank A. Reynolds to photograph the collection, which allows us to include thumbnail images and turns the database into White's vision of a true catalogue of the Art collection. Reynolds also was instrumental in administering the database on our Web site and incorporating the early images. The database also has been administered by Kristina Lamothe (research assistant, 2001–2003) and Bibliographer Donald W. Brown and now by Digital Assets Administrator/Archivist J. Dustin Williams. We especially thank all of the artists, individuals and organizations who have donated works to the collection over the years. 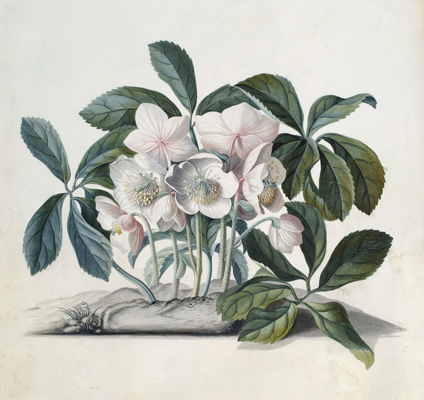