This exhibition represented one of the finest private collections of contemporary botanical art in America. These 54 artworks were expressions of the purely aesthetic forms found in nature and a reminder that we are stewards of our natural resources for future generations.

Isaac Sutton's love of nature and concern for the environment led him to a crossroads in his collection. Since the 1980s he had been acquiring landscape paintings that were reminiscent of his childhood summers spent in the mountains of Lebanon and his early adult years in Israel. In 1997 he was introduced to botanical art through The Shirley Sherwood Collection of Contemporary Botanical Art exhibition at the National Arts Club in New York. He was struck by the artistic virtuosity of the paintings and felt an immediate connection to the plant subjects portrayed. Soon after he began to develop his own collection in this genre while discovering the work of artists in the triennial International Exhibition of Botanical Art & Illustration at the Hunt Institute, in the annual exhibits of the American Society of Botanical Artists (ASBA) at the Horticultural Society of New York, and in galleries and botanical gardens in the United States and abroad.

Isaac Sutton collected botanical art for its aesthetic impact. He appreciated an artist's ability to capture not only the beauty of a plant specimen but also its distinct form and function with scientific accuracy while filtering it through his or her own sensibility. Over time he became interested in how the subjects of the paintings represented an important part of our ecosystem. The title of the exhibit, Botanicals: Environmental Expressions in Art, echoed the role that the botanical artist plays in documenting rare and endangered plants and common plants that play an important role in our planet's biodiversity. Also of importance was the role that the collector and the museum play in supporting and validating the vision of these botanical artists by sharing it with the public through exhibitions. Sutton felt that botanical art should be recognized as a melding of art and science that both inspires and educates.

A fully illustrated color catalogue accompanied the exhibition. A travel exhibition of this collection was displayed also at the Royal Botanic Gardens, Kew, and at galleries in the United States.

In conjunction with Botanicals: Environmental Expressions in Art, the Alisa and Isaac M. Sutton Collection, the Hunt Institute held its annual Open House on 27 and 28 June 2010. We presented two curators' talks and displays. Angela Todd (archivist, 2000–2013) talked about the legacy and legend of Joseph Banks (1744–1820), the famed British naturalist, botanist and world traveler for whom Banksia is named. Librarian Charlotte Tancin discussed examples of botanical artworks that were created by artists who were part of an expedition, were employed afterward to draw specimens for publication, or explored on their own seeking new plants to draw. We also had a guided gallery tour of the exhibition by our assistant curator of art, overviews and displays from our departments, a tour of the reading room and opportunities to meet one-on-one with our staff to ask questions and see items in the collections. 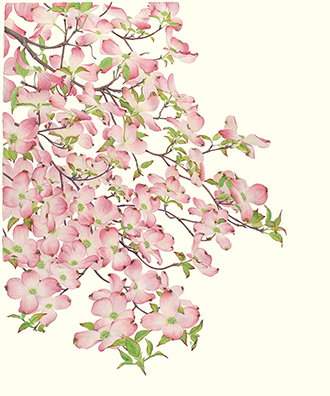