This exhibition included 43 artworks by 43 artists who were citizens of 15 countries (Australia, Brazil, China, England, France, Indonesia, Ireland, Italy, Japan, New Zealand, Scotland, South Africa, South Korea, Spain and the United States). The Institute established the International series in 1964 with the hope of supporting and encouraging contemporary botanical artists. Every three years, the International series features the works of talented botanical artists from around the world.

A full-color, illustrated catalogue with biographical data, portraits of the artists and reproductions of the artworks accompanied the exhibition. Collectively, the 15 International series catalogues include 1,172 artists and are the most comprehensive record available of contemporary botanical artists and illustrators to date.

As we have since 1995, we coordinated activities for the 15th International artists and the registrants of the American Society of Botanical Artists educational conference (13–15 October), which is held every three years in Pittsburgh during the International exhibition. Many botanical artists from across the United States and from around the world were in town to attend.

The reception on 13 October (6–8 p.m.) was open to the public. At 6:30 p.m. the curators gave a short introduction to the exhibition in the gallery. 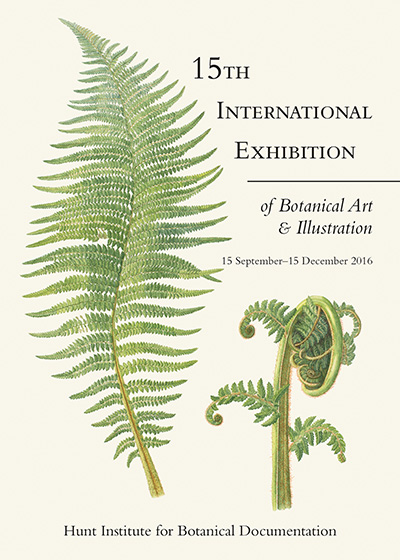