Joseph Francis Charles Rock (1884–1962) was born in Vienna, Austria, in 1884. In 1905 he moved to New York, then to Honolulu, Hawaii, in 1907. He was first sent to China in the early 1920s by the United States Department of Agriculture (USDA) to collect seeds of a tree that later were used in the treatment of leprosy. His explorations resulted in the introduction of conifers, rhododendrons (493 species), potentilla and primula to the United States. He deposited a sizable collection of birds and mammals at the Smithsonian's United States National Museum (now the National Museum of Natural History), the Arnold Arboretum and Harvard's Museum of Comparative Zoology. During his later years, botanizing back in Hawaii in the 1950s, Rock noted that many native species he had collected earlier in his career had vanished.

Rock's interests included linguistics, herbarium and collection development, ethnography and photography. He even developed his photographs in the field and used them to illustrate his scientific and popular publications, notably in a photojournalist series of nine articles for National Geographic Magazine from 1922 to 1935. His efforts in linguistics are widely recognized; he spent years collecting and translating 8,000 volumes of original Naxi literature, including their religious tracts. Rock's Naxi dictionary was published after his death.

This collection consists of five boxes of correspondence, notes and miscellaneous oversized items. The boxes are primarily correspondence regarding Rock's work on the Naxi people of the Yunnan province in China and his dictionary of their language. Carbon copies of 12 of Rock's 1920s letters to David Fairchild (1869–1954), then head of the Bureau of Plant Industry, recount the rhododendrons and other plants Rock saw and collected, the threats his traveling party received, scenery and Yunnan native life.

A finding aid for this collection is available online. 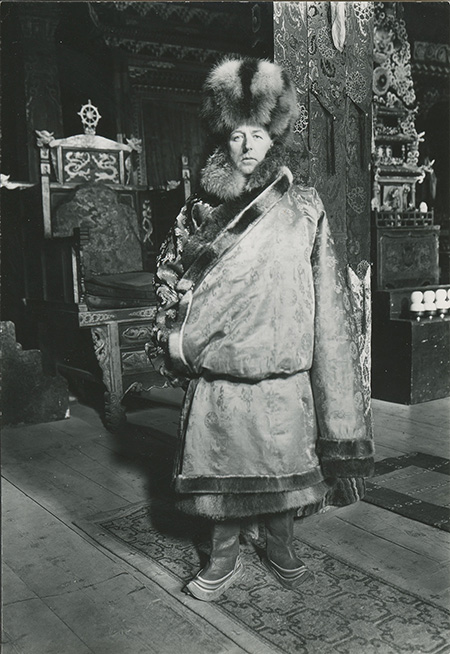