The Hunt Institute Archives specializes in biographical information about, and portraits of, scientists, illustrators and all others in the plant sciences. The Archives grew out of Rachel Hunt's collection of biographical materials and portraits. In 1963 her collection boasted approximately 1,000 portraits of people associated with plant sciences. By 1965 portraits had increased to 4,200 with help from botanists such as Walter H. Hodge, who was engaged to photograph colleagues at conferences and during the course of his botanical work for the National Science Foundation. Today we hold 23,000+ individual portraits and 1,000+ group portraits, from wood-block prints to engravings to digital formats, in our collection. Our portraits appear in such diverse places as: New York Times, Martha Stewart's Living, U.S. Park Service trail signs, academic publications and even children's books.

In June 1970 Hunt Botanical Library officially began to occupy space on the third floor of Hunt Library and at that time consolidated its portraits and biographical information. The Archives became a department by 1974 and by 1978 had adopted its policy of serving as a repository of alternate resort, holding collections that may not have otherwise found an easy fit in another institution. With its unique materials, our Archives can give a well-rounded look at an individual or topic that cannot be found elsewhere. Scholars come from around the world to use our 450+ linear feet of over 200 archival collections, such as the complete personal collection of Anne Ophelia Todd Dowden (1907–2007); the working drafts of Agnes Arber (1879–1960); the photographically heavy collection of Walter H. Hodge; and the collection of autograph letters by botanists from the 18th to the 20th centuries. 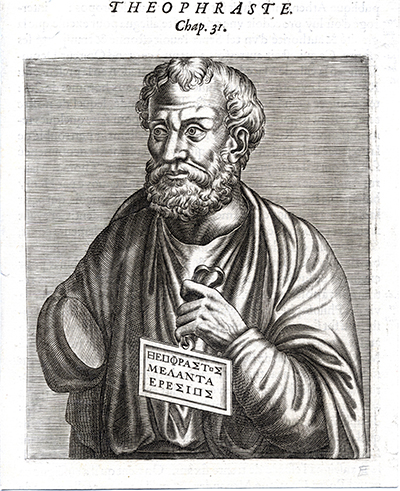