This selective glossary attempted to reconcile, integrate and codify the traditional terminology of plant-taxonomic description and was especially useful for computer-based comparative databanking of such information. It covered a high proportion of the total complement of structures, characters and character states pertinent to detailed conventional description of the morphology and higher-level anatomy of plants other than algae.

The main body of the glossary was organized alphabetically by term and included both descriptands and descriptors. Defined in the glossary were 2,627 terms. Following that was a conspectus which listed the terms by category and indicated their synonyms and which made it easier to survey and choose from among the slate of terms applicable in a given category. The glossary is also now available as a database. 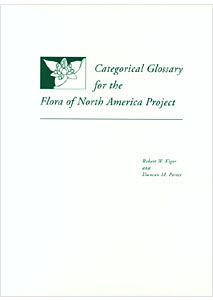