Inspiration and Translation: Botanical and Horticultural Lithographs of Joseph Prestele and Sons (Online)

This catalogue accompanied a collaborative exhibition between the Hunt Institute for Botanical Documentation and the National Agricultural Library (Beltsville, Maryland). Joseph Prestele (1796–1867) was a flower painter and a master of lithography, the technique of engraving on stone. Skilled in painting and botany, he produced work of aesthetic and scientific value. His three sons, Joseph Jr. (1824–1880s), Gottlieb (1827–1892) and William Henry (1838–1895), followed in his artistic, but not all in his religious, footsteps.

Letter should be dated January 1845.

Fig. 18 should read Veneered decorative box with painting inside lid, with the dedication Zum Andenken [In Memory of], Gemalt von deinem Bruder [Painted by thine brother] Gottlieb Prestele in Ebenezer, probably done in memory of his sister Karolina Elise (1835–1858). 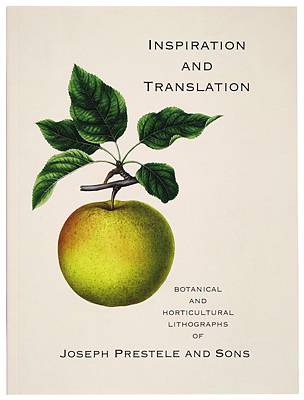