Issued in conjunction with a 1979 exhibit, this book served as an introductory text to the art of bookbinding. Bernard Middleton contributed the book's foreword. In "Cobden-Sanderson and the Arts and Crafts movement," Marianne Titcombe detailed the history of bookbinding and the role of T. J. Cobden-Sanderson. Jean Gunner's "Techniques in rebinding books at the Hunt Institute" outlined the Institute's approach to bookbinding and preservation. The book contained a detailed description and color or black-and-white photos of the 92 bindings from the 16th to 20th centuries featured in the exhibit. In addition a 12-page guide to the exhibition was prepared for use by gallery visitors. A seminar was held on 12–14 November 1979. 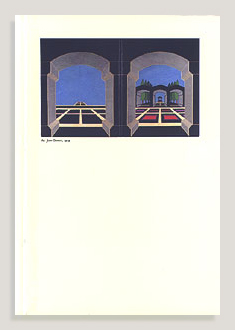