Including a selection of 70 frames of artworks from our permanent collection, this exhibition featured original drawings, watercolor paintings and hand-colored prints from the 16th to 20th centuries.

Included in the exhibition were the complete sets of Furber prints, The Twelve Months of Flowers and The Twelve Months of Fruits, designed by Pieter Casteels and published in 1730 and 1732. These large hand-colored engravings constituted the first deluxe seed catalogue ever published in England. Each plate represented one of the months of the year, showing the flowers then in bloom or the fruit to be harvested. The plates have become familiar to the public since they are so well represented in Williamsburg, and because they are often sold in inexpensive, modern reproduction editions. Complete sets of the original full-sized engravings, such as those on display at the Hunt Institute, were seldom found, and this was probably the first time the entire series had been exhibited in the Pittsburgh area. 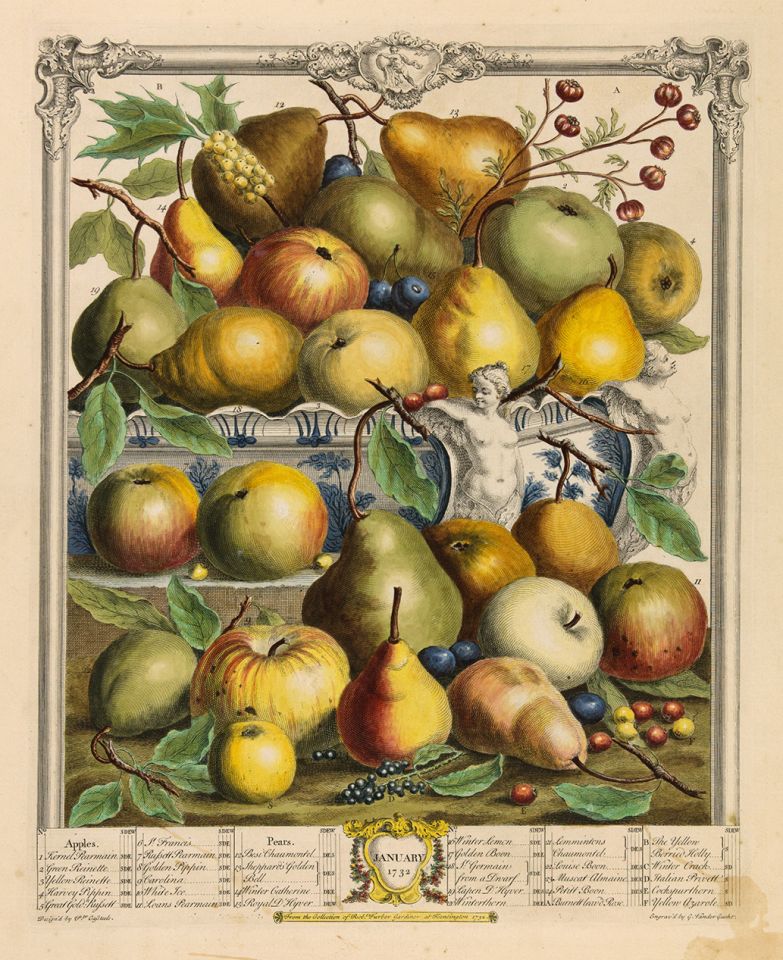