This selection of 43 watercolors and five red chalk drawings, spanning the 17th through 19th centuries, was on loan from the collection of the Nationaal Herbarium Nederland, Leiden University branch, Leiden. This was the first time works from this collection were shown in North America. Among the artists represented were Pierre-Joseph Redouté (1759–1840), Abraham Munting (1626–1683), Laurens van der Vinne (1712–1742), Johan Christian Peter Arckenhausen (1784–1855), Carel Boschart Voet (1670–1743) and Nicolaas Meerburgh (1734–1814). Some of these paintings were made from specimens in the botanical garden developed at Leiden University in the early 1590s. They depicted plants from Southeast Asia, the Mediterranean, North America and particularly South Africa. Except for some images published in modern facsimiles, only four of these paintings previously had been published. Nowadays the paintings are part of the Leiden University branch, which coordinates activities of the Nationaal Herbarium Nederland. A full-color, illustrated catalogue accompanied the exhibition. 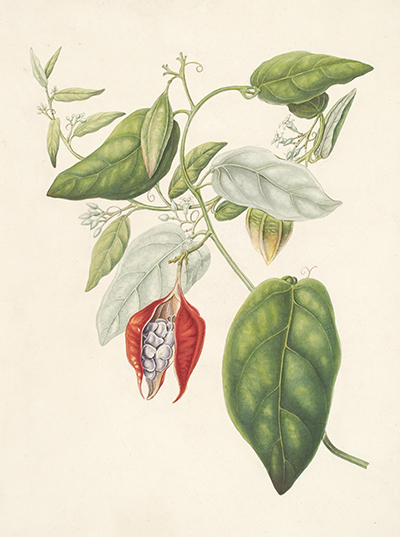