Inspiration and Translation: Botanical and Horticultural Lithographs of Joseph Prestele and Sons

The Hunt Institute for Botanical Documentation in collaboration with the National Agricultural Library (Beltsville, Maryland) presented the exhibition Inspiration and Translation: Botanical and Horticultural Lithographs of Joseph Prestele and Sons from 11 September to 22 December 2005 at the Institute and from 1 March to 31 May 2006 at the National Agricultural Library. Joseph Prestele (1796–1867) was a flower painter and a master of lithography, the technique of engraving on stone. Skilled in painting and botany, he produced work of aesthetic and scientific value. His three sons, Joseph Jr. (1824–1880s), Gottlieb (1827–1892) and William Henry (1838–1895), followed in his artistic, but not all in his religious, footsteps.

In 1843 Joseph Prestele and his family emigrated from Germany with the True Inspirationists (later the Amana Society). The Community of True Inspiration emphasized individual piety and humility within a brotherhood of believers. Prestele had joined the community in 1837, becoming a church elder. Settling with the Inspirationists in Ebenezer, New York, Prestele was assigned the task of tending the orchard for the community. At this time, Joseph Jr. returned to New York City, the first of the sons to leave the community. In 1845 Prestele was given permission to pursue botanical art, and in the following year he purchased a printing press. With his sons Gottlieb and William Henry, Prestele began producing scientific and horticultural watercolors and translating the drawings of Isaac Sprague (1811–1895) onto stone for publications by eminent botanists Asa Gray (1810–1888) and John Torrey (1796–1873) and by the Smithsonian Institution and for expedition reports by the United States government.

However, the Inspirationists were soon on the move again as the community outgrew Ebenezer and the outside world encroached. In 1858 a 62-year-old Prestele once again put aside his art to follow his community to Amana, Iowa. His son William Henry did not follow but moved to New York where he did some work for his father and eventually enlisted in the Civil War. In 1867 he worked for the F. K. Phoenix Nursery in Indiana, joined three years later by Joseph Jr. William Henry went into business for himself until he was offered a position as artist in 1887 in the Pomological Division of the United States Department of Agriculture in Washington, D.C. Dutiful Gottlieb did follow his father. Together they continued to produce engravings of fruits and flowers for nurserymen since they had limited access to eastern botanists. After Joseph's death, Gottlieb continued their work for another eight years until it was no longer in demand.

The exhibition included original watercolors, lithographic prints (including nurseryman plates), account books and other ephemera from the local collection of Marcelee Konish (a descendant of the Prestele family), William Henry's pomological watercolors from the National Agricultural Library, artworks and books from the Hunt Institute collection, a lithographic stone from the Smithsonian Institution, and a lithographic print of the Inspirationists' journey to America from the Amana Heritage Society. An 84-page catalogue with 75 color and 2 black and white images accompanied the exhibition.

The National Agricultural Library (NAL) is one of the world's largest and most accessible agricultural libraries and plays a vital role in supporting research, education, and applied agriculture. As part of the United States Department of Agriculture (USDA) and the Agricultural Research Service (ARS), NAL's mission is to collect, preserve, and advance access to agricultural information. Its collections of more than four million items and its leadership role in technology applications combine to make NAL a world leader in agricultural information services.

To expand its reach, NAL is building an electronic repository of USDA materials accessible through the NAL Web site. 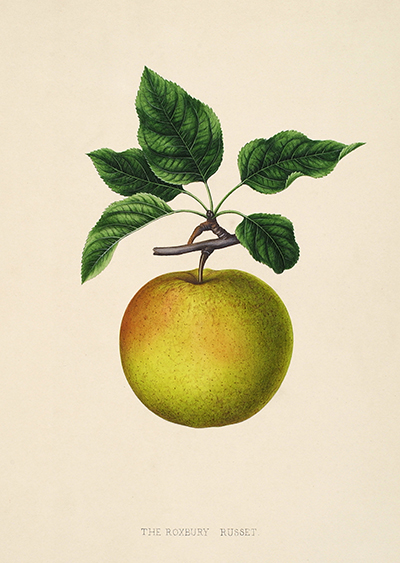