This exhibition included 110 watercolors, drawings and prints representing the work of 72 artists from 15 countries (Australia, Austria, Brazil, Canada, England, Ireland, Italy, Japan, Netherlands, New Zealand, Scotland, South Africa, South Korea, Thailand and the United States). The Institute established the International series in 1964 with the hope of supporting and encouraging contemporary botanical artists. Every three years, the International series features the works of talented botanical artists from around the world.

A full-color, illustrated catalogue with biographical data, portraits of the artists and reproductions of the artworks accompanied the exhibition. Collectively, the 13 International series catalogues included 1,088 artists and were the most comprehensive record available of contemporary botanical artists and illustrators to date.

In conjunction with the opening of the International exhibition, the American Society of Botanical Artists (ASBA) held its 16th Annual Meeting and Conference in Pittsburgh (23–25 September). Many botanical artists from across the United States and from around the world were in town to attend.

Members of the Allegheny Highlands Botanical Art Society (AHBAS) provided docent-led tours of the 13th International exhibition on select Sundays. The AHBAS, formed in 2001 as the second of eight regional chapters of the ASBA, is comprised of botanical artists from the Pittsburgh region. The group was organized to provide an educational forum for artists to improve their artistic and botanical knowledge and to educate the public on plant diversity, ecology and conservation through botanical art and illustration. During the tours, the docents discussed the 13th International artworks and the many techniques used to create them. 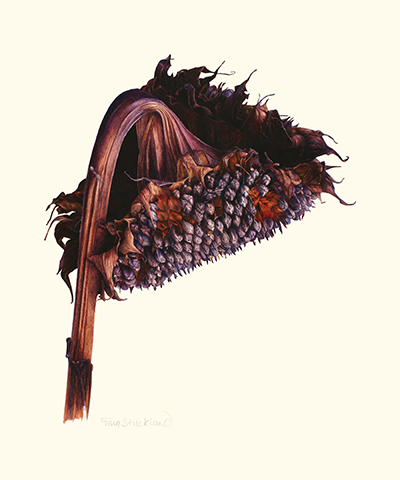