As with duets in music, this exhibition created new, harmonious couplings of botanical art with items created between the 16th and 21st centuries from the Hunt Institute collections. The subjects of these pairings explored the parallels between works created for numerous botanical applications. They included works painted during expeditions and in native environs; plants of the Americas and introductions now cultivated for the garden; works that showcase the Eastern aesthetic and its modern influence; work of a classical style and more experimental and evocative processes; plants illustrated for agricultural and economic purposes and for their pure aesthetic; and work by historical masters and the contemporary artists they influenced.

In conjunction with Duets, the Hunt Institute held its annual Open House on Sunday, 29 June. We offered a talk, a gallery tour and opportunities to meet one-on-one with our staff to ask questions and see items in the collections. "Botanical exploration in the Americas" by Assistant Librarian Jeannette McDevitt, Curator of Art Lugene Bruno and Archivist J. Dustin Williams included curatorial conversations about three explorers to the Americas who were interested in medicinal and economic plants and ethnography. Displayed were related publications, original artwork and archival materials from the Hunt Institute collections. McDevitt featured Spain's 16th-century court physician Francisco Hernández (1514–1587), the first scientific explorer in the New World (1570–1577), with resulting publications; Bruno discussed the physician Martín de Sessé y Lacasta (1751–1808) and his work with Jose Mariano Mociño (1757–1820) during the Spanish Royal Expedition to New Spain (1787–1803) that explored the Caribbean, Mexico and northern Central America, showing the resulting illustrations intended for a published flora; and Williams talked about the botanist and plant collector William Andrew Archer (1894–1973) and his explorations in Mexico and Central and South America for the USDA in the 1930s, with field diaries, reports and photographs.

On display during spring 2014 in our Cabinet of curiosities located in the lobby were the field notebooks of Emma Lucy Braun (1889–1971), author of the influential Deciduous Forests of Eastern North America (1950), from our Archives collection. 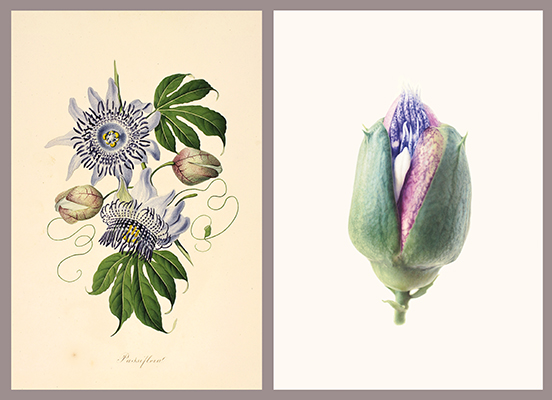