Compiled by Robert W. Kiger, this Index lists all binomials cited in the first edition of Carolus Linnaeus' Species Plantarum (1753).

The records in the database include fields for Genus, Epithet and Page Number. The Genus and Epithet are searchable fields. The following abbreviations sometimes are used in the Page Number field.

"add." refers to addenda that appear on the unnumbered last page of the index in volume two.

"err." refers to the unnumbered page of errata that appears following the index in volume two.

"canc." following a page number indicates that the binomial appeared on the cancelled version of that page and does not appear on its replacement (as in the 1957–1959 facsimile edition). 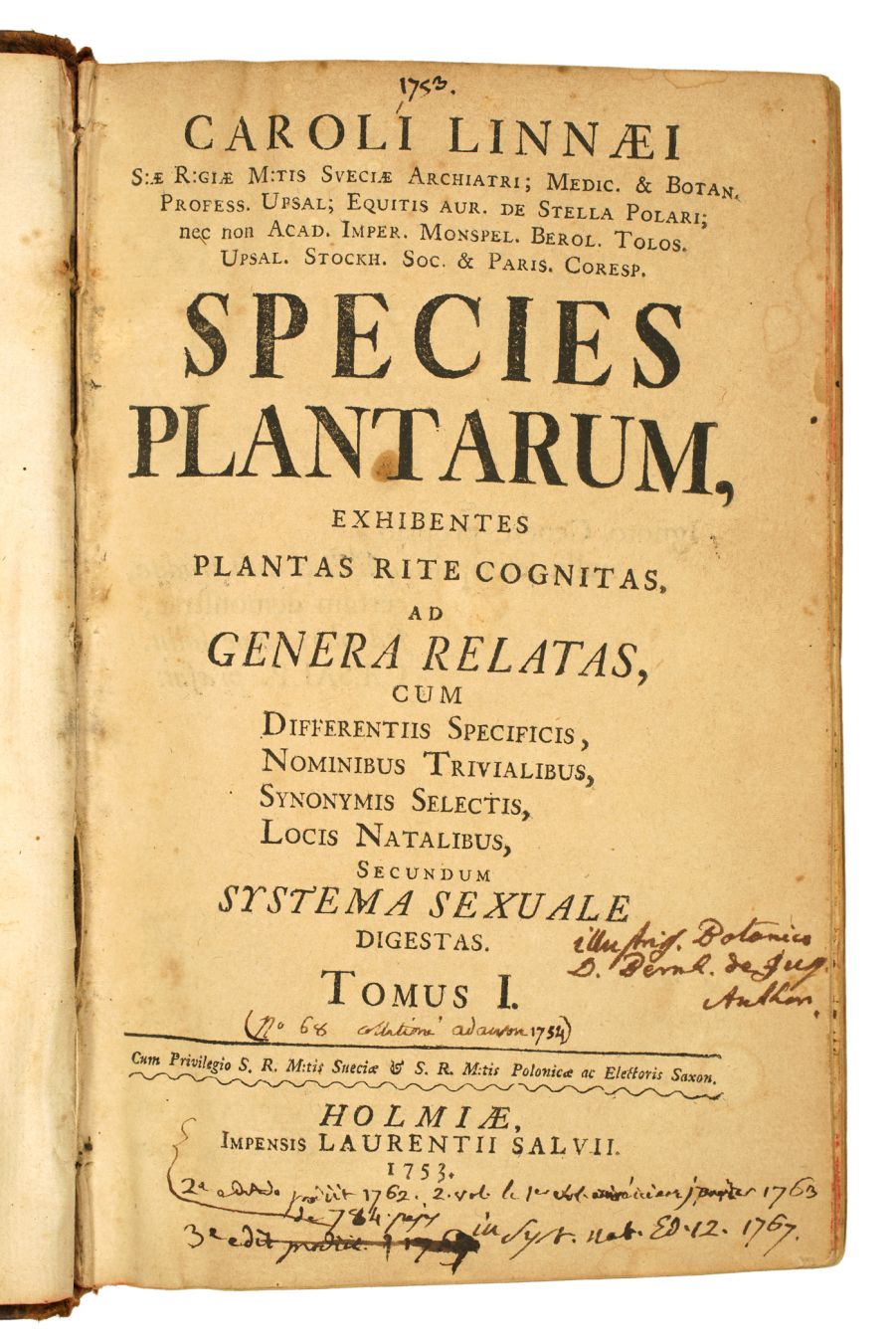