The Torner Collection of Sessé and Mociño Biological Illustrations is the original collection of botanical and zoological illustrations made during the Spanish exploring expedition of 1787–1803 sent to New Spain under the command of Martin de Sessé y Lacasta (1751–1808) and José Mariano Mociño (1757–1820). The Sessé and Mociño expedition, as it is commonly called, explored extensively in the Caribbean, Mexico and northern Central America, with forays also in Baja and Alta California and as far north as Nootka and Alaska. The drawings were executed by a number of artists including Juan de Dios Vicente de la Cerda (fl.1787–1803), Atanasio Echeverría y Godoy (fl.1787–1803), Jose Guio (fl.1787–1803) and Pedro Oliver (fl.1787–1803). The collection comprises approximately 2,000 watercolor drawings and sketches; about 1,800 are of botanical subjects and the remainder are of various animal species (fish, birds, insects, reptiles and small mammals). In 1981 it was purchased for the Institute's permanent collection by the Hunt Foundation and is curated by the Art Department.   In 1998 The Torner Collection of Sessé & Mociño Biological Illustrations CD-ROM was produced by the Institute and the Universal Library and published by Carnegie Mellon CD Press with the catalogue compiled by James J. White (1941–2011; curator of art, 1982–2010), Rogers McVaugh (1909–2009; recognized authority on the Sessé and Mociño Expedition) and Emeritus Director Robert W. Kiger; the historical introduction by McVaugh; and the photography, digital reproduction and HTML by Graphics Manager Frank A. Reynolds. In 2000 the Institute published Rogers McVaugh's Botanical Results of the Sessé & Mociño Expedition (1787–1803) VII. A Guide to Relevant Scientific Names of Plants. Scholars could pair McVaugh's exhaustive accounting of the approximately 7,500 plant names relating to the Expedition with the CD-ROM's full-color digital reproductions of watercolor botanical drawings from the Expedition for the most comprehensive information yet assembled about the botanical results of the Spanish Royal Botanical Expedition to New Spain. With both publications being out of print, in 2018 the Institute digitized the McVaugh book and turned the CD-ROM into a searchable database so that scholars can once again study the plant information with the images.

The entries are arranged by accession number. Click on any image to view it full size. The entry format is as follows:

The family or class or order and the scientific binomial of the organism depicted is listed only if known with some certainty, based on authoritative publications or subsequent specialist identifications; when more than one taxonomic entity is represented in a work, each is listed on a separate line.

The writing on the artwork (except for artist's color notes) has been transcribed verbatim. [?] refers to the uncertainty of a word, [x?] to uncertainty of a letter, [_] to an illegible or cut off letter [with as many underscores as there are illegible letters], and {_} to a word crossed out or erased. Hyphens separate the annotations.

This refers to the sequence number in Sessé and Mociño's series "Icones Florae Mexicanae." Where we have questioned the applicability of an Icones number, then any accompanying Ref.: citation of a published description by Sessé and Mociño is implicitly also questioned.

This is the citation(s) of corresponding drawing(s) in the de Candolle Collection at Geneva (DC) and/or the Sessé and Mociño Collection at Madrid (M). In this context, "corresponding" means bearing imagery that is essentially identical to some or all of that in the Torner Collection drawing. Click on a DC number, if available, to view the corresponding item(s) in the "Flore des Dames de Geneva."

This is the citation(s) of place(s) in published literature where the particular drawing evidently is somehow relevant. Authorship is cited explicitly except for de Candolle's Prodromus ("Prodr.") and Sessé and Mociño's Plantae Novae Hispaniae ("Pl. Nov. Hisp.") and Flora Mexicana ("Fl. Mex."). Titles of books are cited by the short forms recommended in F. A. Stafleu and R. S. Cowan, Taxonomic Literature, ed. 2 (1976–1988) and F. A. Stafleu, E. A. Mennega, D. H. Nicolson and L. J. Dorr, Taxonomic Literature, ed. 2, Supplement (1992–2008). Titles of periodicals are cited by the short forms recommended in G. D. R. Bridson, ed., B-P-H/S: Botanico-Periodicum-Huntianum/Supplementum (1991).

The Torner CD-ROM was made possible through the work of many. We thank Robert Thibadeau for technical consulting and Kevin Kennedy for graphic design for packaging and CD. Appreciation is extended to the many taxonomists who have provided determinations of the taxa depicted in the drawings and to the following Hunt Institute staff members: then-Assistant Curator of Art Lugene Bruno for graphics processing; Autumn M. Farole (assistant curator of art, 1993–1995) and Donald E. Wendel (1949–1989; assistant curator of art, 1982–1989) for curation of the photographic archive and for their constructive advice; Donna Connelly (1940–2019; senior administrative associate, 1970–2009); Elizabeth R. Smith (1917–2005; assistant editor, 1966–2003) for preparing the Sessé and Moçiño entries for the Catalogue of the Botanical Art Collection at the Hunt Institute database; Librarian Charlotte Tancin and Sharon Tomasic (editor, 1993–1997), who shared their expertise from implementing the Hunt Institute's Web site and who made many constructive comments. Additional technical assistance with software, imaging, and CD-writing equipment was provided by Jason McMullan and Robert Berger from the Robotics Institute, School of Computer Science, Carnegie Mellon University. Production of the CD-ROM was supported in part by a grant from the Pennsylvania Council on the Arts. The Torner Collection database was created by Digital Assets Administrator/Archivist J. Dustin Williams. 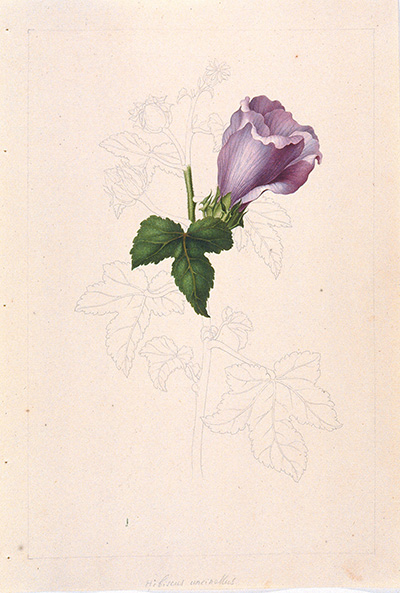