William Andrew Archer was born on 7 November 1894 into a family of farmers in Torreón, Mexico. He received his Ph.D. in mycology at the University of Michigan in 1925.

Archer began his professional career as an instructor at Oberlin College, Ohio in 1926. From there he initiated his career in the United States government as the assistant plant pathologist within the United States Department of Agriculture (USDA) from late 1926 until 1929, where he focused on plant diseases. Archer was then employed at the Escuela de Agricultura as head of the Department of Botany and Plant Pathology from 1929 until 1931. During the years of the Great Depression he performed his greatest personal research on a one-man backpacking expedition throughout the Andes and Chocó region from 1931 until 1934. Following this expedition, Archer was employed for a short period of time as an editor of translation for the Division of Forest Pathology. He continued his government career as a plant explorer within the Division of Plant Exploration and Introduction in the USDA.

Arguably Archer's greatest accomplishment came in 1937, when he was made director of the Nevada Indian Medicine Project in which 16,000 specimens were collected and tested for potential medicinal properties. The findings of this project were summarized in Train, Henrichs and Archer, Medicinal Uses of Plants by Indian Tribes of Nevada (1941, Contr. Fl. Nevada 33).

With the interruption of war during the Nevada Indian Medicine Project in 1942, Archer was given the chance to return to the Amazon basin to work at the Instituto Agronômico del Norte. Before returning to Nevada, he traveled to Ethiopia to explore native crops, seeds of cereals, forages and vegetables.

After helping to edit Contributions 45, Archer became plant taxonomist and curator at the United States National Arboretum Herbarium from 1947 until 1964. Lastly, he volunteered to organize the botanical archives of the Smithsonian Institution and the Carleton Ball willow and archival collections from 1964 until 1973, when he passed away.

The William Andrew Archer papers (ca.1906–[1929–1964]–1972), HI Archives collection no. 3, consists of seventeen boxes of materials and four bound volumes. The majority of the collection includes reports, printed and mimeographed items, certificates and correspondence. Archer's publications and the published materials of fellow botanists, such as a listing of botanical paintings and drawings by Helen Joslin, are also available throughout the collection.

Much of the collection concerns Archer's international influence as head of the Department of Botany and Plant Pathology at the Escuela de Agricultura, as botanist at the Instituto Agronômico del Norte and as a plant explorer within the Amazon and the Colombian jungles. These explorations and occupations led to publications, reports and photographs that are included within the collection. Specifically, during his exploration of fish poison plants and economic plants in British Guiana, Suriname, Colombia, Mexico, Brazil, Paraguay, Ethiopia and other areas, Archer produced photographs that can be appreciated by users of the collection at the Hunt Institute.

Archer's collection also encompasses materials relating to his more domestic occupations. These resources focus on the topics of his curatorial career within the National Arboretum Herbarium, his years of volunteering with the Smithsonian Institution archives, and his work with the Nevada Indian Medicine Project. The Hunt Institute holds four bound volumes related to the project, which include data and correspondence from the Native American informants, the University of Nevada, the Works Projects Administration and the University of Minnesota that code and identify the native plants that were thought to have medicinal properties. Volume 4 offers a compilation of data that was received from the chemical and pharmaceutical studies that were performed on these plants.

The William Andrew Archer papers were processed and described in 2014 by Abigail Kirstein. 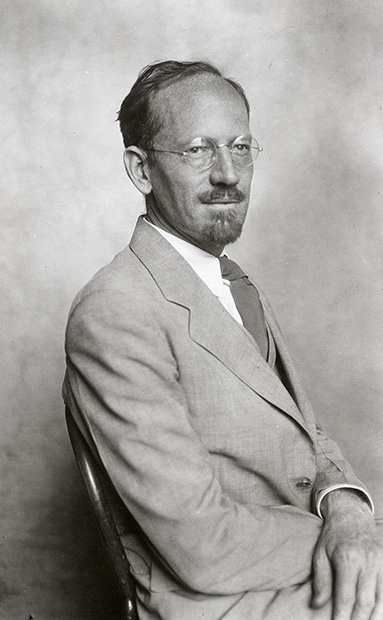