Major involvement in the Flora of North America (FNA) project was a notable component of the Institute's long-term research program. This binationally collaborative endeavor, undertaken by a consortium of 30 institutions and hundreds of botanists, was initiated by the Hunt Institute and the Missouri Botanical Garden.

The Flora of North America presents for the first time, in one comprehensive source, information on the names, taxonomic relationships, continent-wide distributions and morphological characteristics of all of the more than 20,000 species of plants native to or naturalized in North America north of Mexico. The volumes include scientific and common plant names, illustrations, identification keys, descriptions, distribution maps and other biological information. The Flora is an authoritative resource for those working in the fields of conservation, agriculture, natural resource management, zoology, environmental assessment and medical research, as well as in botany itself.

Between 1999 and 2021 the Hunt Institute was home to one of several FNA editorial centers in the United States and Canada and processed treatments of vascular plants for various volumes, including volumes 5, 6, 8, 12, 13, 14 and 26.

The Institute's emeritus director, Robert Kiger, was lead editor at the center and remains bibliographic and taxon editor for the project. As bibliographic editor, he is building an associated comprehensive bibliographic database.

Activities at the center were coordinated by several additional editors. Elizabeth A. Polen was an FNA technical editor as well as managing editor for its newsletter (1999–2005). Lisa Ferrugia was FNA editorial coordinator (2000–2001). Mary Ann Schmidt, senior technical editor (1999–2021), was responsible for applying the project's specialized formatting, style, and usage standards to manuscripts being edited for the Flora.

Also contributing to the Flora was the Institute's director, T. D. Jacobsen. He and Dale McNeal, a colleague at the University of the Pacific, prepared the treatment of Allium (onions and their relatives), the native species of which are widely distributed throughout the continent; there are approximately 90 species and varieties in the flora area.

Also contributing to the Flora was Frederick H. Utech (1943–2021), a principal research scientist at the Institute (1999–2011) until his retirement. During that time he contributed to FNA volumes 5, 6 and 26. Prior to that he had been associate curator and curator of the Section of Botany at the Carnegie Museum of Natural History in Pittsburgh (1976–1999). Utech's research interest was in the Liliaceae, particularly on taxonomy, anatomy, cytology and life history. He did fieldwork throughout North America, primarily in the southeast, northwest and Great Lakes regions, and in Europe and east Asia. After earning a B.S. (1966) and an M.S. (1968) in botany from the University of Wisconsin at Madison, he was an Organization for Tropical Study (OTS) Fellow at the Universidad de Costa Rica, San Jose (1968). He received a Ph.D. in biology from Washington University in St. Louis (1973).

The Institute published the Categorical Glossary for the Flora of North America Project, by Robert Kiger and Duncan Porter, in 2001. This indispensable resource is the FNA standard for terminology and definitions. The glossary is also available as a searchable database. 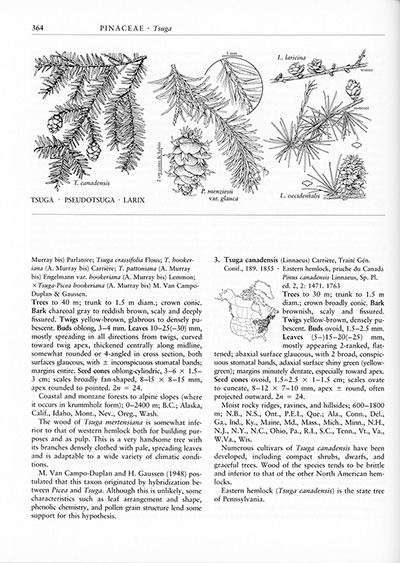