What We Collect: Recent Art Acquisitions

The Hunt Institute continues to acquire watercolors, drawings and prints for our collection of over 30,000 artworks depicting plants on paper and vellum. This selection of 80 recently acquired artworks, ranging from the 17th century through the present, provided an overview of what we collect in the Hunt Institute Art Department. Many of these were scientific drawings of plants showing details and cross-sections; some were horticultural watercolors and prints of flowers, fruits and vegetables; and others depicted landscapes or plants in their habitats. These artworks have been used to illustrate floras, monographs, scientific or horticultural journals, or have been prepared for exhibitions. Some of these artists have depicted cultivated, native and endangered plants while others have shown the relationship between plants and their pollinators. There is a selection of intriguing images of slime molds and seaweed that resemble otherworldly plants. Whether working alongside botanists or preparing artworks for collectors, galleries or commercial use, artists throughout the centuries have added their own special perspective to portraying plants.

These artworks came to us via many channels, but chiefly—and fortunately for us—as gifts. Some donations included every illustration for a specific publication while others included additional artworks from artists who have participated in our triennial International Exhibition of Botanical Art & Illustration. Sometimes we were given or bequeathed works from earlier centuries or given funds to add to our limited acquisitions budget. This exhibition included a selection of botanical artworks that we had acquired in recent years but had not had an opportunity to share with the public. 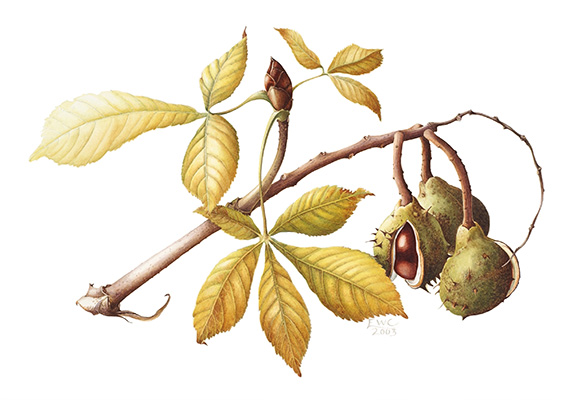